How we chose our website designers for the new site

It’s been a solid year and projects have constantly been changed throughout each quarter to be re-prioritised. One of the tasks we were challenged was due to the increased importance of having a quality website built. Over the years, we’ve tried and tested many different solutions to find the best website designers. Several have lasted years and others have only lasted 6 months. One thing was clear, we wanted to choose an agency based in the UK.

As part of the procurement team, we are always looking for a fine balance between quality and value. Finding the best value for money website design agency is not easy. Due to the nature of the industry, there is not one main player and the sector is flooded with freelancers and micro-businesses. This means that you often don’t know who exactly is building the website, how the project is managed and what sort of methods are being adopted to cut corners and keep costs down. After all, most designers and developers will be aiming to work to at least £40-60 per hour. If you’re paying less than this, the chances are that the work is being outsourced abroad. If not, it’s likely the whole design is a pure template.

This posed a particular challenge for us as our website needed to be multi-lingual and extremely fluid. We haven’t always had a content writer who can speak English and Spanish. This meant that the website needed to be able to quickly switch from different languages. If we’d only written an article in English, a reader in Spanish could then still see the article.

Although time and budget were not the primary constraints, we needed the website development to managed effectively. Due to Nexso having a number of stakeholders, there was no way which we could work on a telephone only basis.  We needed edits, suggestions and creatives to be approved by various different members of the team.

We also needed to make sure that the platform which we were working with would be open-source. This was so that if the relationship deteriorated with the agency, we could take the website elsewhere. Based on conversations with other businesses, we opted to choose the CMS which we were going to have the website built on and went with WordPress.

This CMS is now widely acknowledged as being the largest in the world and as such there was no shortage of designers of developers who would want to work on the project. Aside from the product itself and the project management, we also needed to make sure that the website designers were based in the UK, primarily to ensure that we received the best service and also because they would then be in the same time zone and under United Kingdom laws. If the project was to take a u-turn and fail, providing we were dealing with a professional agency, we would be able to recover the costs.

We shortlisted three agencies which had been reviewed internally and decided to go with a website design company based in Camberley, Surrey. They are known as Cheap Web Design (https://www.cheapwebdesign.co.uk) and have been operating for over 7 years. We could find this information out based on Companies House which is the governing body for UK Businesses. This also gave us peace of mind that the operations of the business were smooth and we were less likely to run into issues. If we had a problem with the CMS or WordPress, we would have the option to return to the company for assistance.

Overall, they were fantastic. The website has been built purely on open-source code and is available in English, Brazilian and Spanish. It’s extremely simple to navigate and we’ve also set up varying user accounts for different authors to post articles. This has been a massive time-saver for the entire team.

We decided not to host with the company. This was not because we were unhappy, but because we wished to have full control over the website. In the event that it needed changing with little/no notice, our team could handle it.

Overall the website designers which worked on the team were a pleasure to work with. We would recommend them to anyone across the globe, not just to other businesses in the UK. 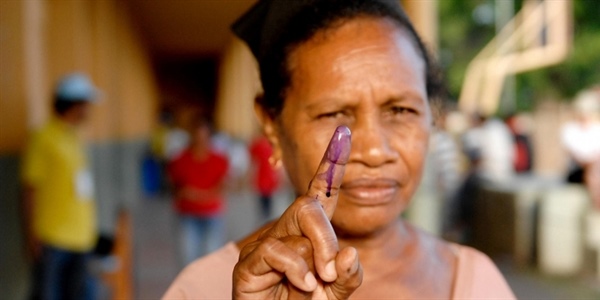